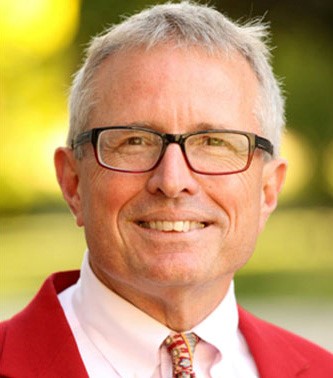 Dr. Robin D. Rogers is a Research Professor at The University of Alabama and President, Owner, and Founder of 525 Solutions, Inc., in Tuscaloosa, AL USA. He obtained both his B.S. in Chemistry (1978, Summa Cum Laude) and his Ph.D. in Chemistry (1982) at The University of Alabama before starting his professorial career at Northern Illinois University in DeKalb, IL where he rose through the ranks to become Presidential Research Professor. In 1996, he returned to UA as a Professor where he held various titles including Director of the Center for Green Manufacturing (1998-2014), Distinguished Research Professor (2004-2014), and Robert Ramsay Chair of Chemistry (2005-2014). In 2007, he was also Chair of Green Chemistry and Co-Director of QUILL at The Queen’s University of Belfast in Northern Ireland (UK) before returning full time to UA from 2009-2014. Since 2009, he has been an Honorary Professor at the Chinese Academy of Sciences Institute for Process Engineering in Beijing, China. In 2015, he became Canada Excellence Research Chair in Green Chemistry and Green Chemicals at McGill University in Montreal, QC, Canada, where he remained until 2017, when he returned full time to the start-up company he founded in 2004 to accelerate the introduction of academic advances in sustainable development directly to Society.

Rogers holds 26 issued patents (plus numerous foreign equivalents) and has published over 790 papers on a diverse array of topics. His research interests cover the use of ionic liquids and Green Chemistry for sustainable technology through innovation and include Materials (advanced polymeric and composite materials from biorenewables), Separations (novel strategies for separation and purification of value added products from biomass), Energy (new lubricant technologies and selective separations), and Medicine (elimination of waste while delivering improved pharmaceutical performance). Most recently he has embarked on an effort to utilize biorenewable polymers such as chitin and cellulose in an effort to eliminate the need for synthetic plastics.

He has been cited over 38,000 times, has a Hirsch index of 86, and an i10 index of 530. Rogers was named in the 2014 and 2015 Thomson Reuters Highly Cited Researchers Lists ranking among the top 1% most cited in chemistry. In 2006, Rogers was named a Fellow of the Royal Society of Chemistry and in 2009 was selected to the inaugural class of American Chemical Society Fellows. In 2010, he was named a Chinese Academy of Sciences Visiting Senior Scientist for the Institute for Process Engineering, Beijing, China. He was elected a Fellow of the American Association for the Advancement of Science in 2012 and that same year named an ACS Division of Industrial & Engineering Chemistry Fellow. Rogers is the Founding Editor-in-Chief of the American Chemical Society journal Crystal Growth & Design. He is also an advisory board member of Separation Science & Technology, Solvent Extraction and Ion Exchange, Chemistry Letters, Green Chemistry, Chemical Communications, ChemSusChem, Chimica Oggi/Chemistry Today, and Green Energy & Environment.

He has had an influential role in the expansion of interest and research in ionic liquid systems, his initial paper on ionic liquid/aqueous partitioning (Chem. Comm. 1998, 1765) effectively kick-started interest in applying isoconic liquids to clean separations. In 2005, he was awarded the US Presidential Green Chemistry Challenge Award (Academic Division) for work related to the use of ionic liquids in sustainable technology. This technology was licensed later that year to BASF. He was awarded the American Chemical Society Separations Science & Technology award in 2011 and in 2012, he was named recipient of the Paul Walden Award given by the DFG-SPP 1191 Priority Program on Ionic Liquids.

Rogers has co-organized a variety of meetings and symposia on Industrial Applications of Ionic Liquids and in 2004 founded 525 Solutions, Inc. to help translate new ionic liquids technologies to Society. He is also currently part owner of Iolitec, Inc. and Mari Signum, Ltd. The breadth of educational, research, industrial, editorial, and service endeavors gives Rogers a broad perspective on science and engineering research, development, and technology transfer.