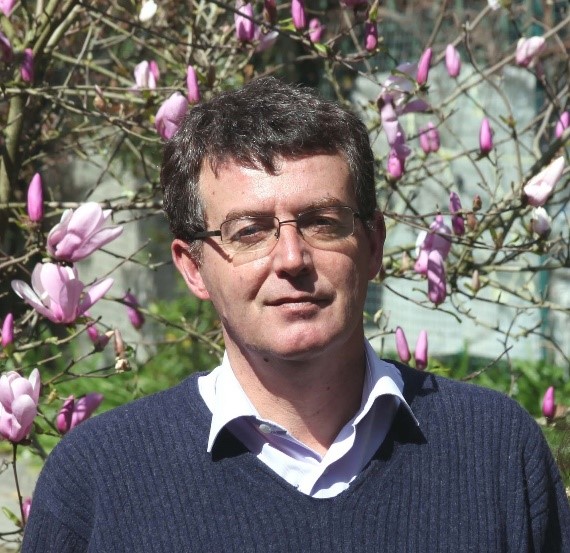 Luís M. N. B. F. Santos
Portuguese, born in 1965 in Alentejo, southern region of Portugal. Graduated in Chemistry at the Faculty of Sciences of the University Porto (1987). Was awarded the “Mendonça Monteiro” (best physical-chemistry student) and “Fernando Ferrão” (best Organic chemistry student) and a merit fellow student at the University of Porto supported by the Calouste Gulbenkian Foundation.

Began his academic career as an Assistant Trainee in Chemistry in 1987 and completed his PhD. in Chemistry (Physical Chemistry) in 1996 under the guidance of Professor Manuel A.V. Ribeiro da Silva at University of Porto. In 2002 worked has an invited scientist at MPI-PKS Max Planck Institute for the Physics of Complex Systems in Dresden, in the field of theoretical studies of the energy correlation of polythiophenes and thiophene derivatives. In 2013 he was award with the James J. Christensen Memorial Award, by the North American Calorimetry Conference (CALCON) for their outstanding innovative contributions to the development and use of calorimetric instrumentation. He has served as a member of the General Council of the University of Porto and President of the National Union of Higher Education (SNESup). Since 2013, he has been the Director of the Degree in Chemistry, member of the Council of the Faculty Sciences of the University of Porto and Counselor of IACT - International Association of Chemical Thermodynamics.
His curriculum includes: the participation in many R&D projects, the contribution to the development of state of art laboratory in the field of chemical thermodynamics & thermophysics at the University of Porto; more than 170 papers (> 4600 citations) in international scientific journals; organization of conferences/schools in the field of thermodynamics/ionic liquids (e.g. ECTP2014, ILWS2017). He has guided several undergraduate, masters and doctoral students over the years.
Its scientific activity in field of physical-chemistry properties of materials and has been centered in the understanding of the relationship between the molecular structure – properties - functionality of materials involving coordination chemistry, polyaromatic compounds, organic semiconductor materials and ionic liquids. At the same time, he was dedicated to the development of experimental methodologies and scientific instrumentation in the areas of calorimetry, thermophysics and temperature and pressure control and metrology.